UPDATE: *Microsoft are now planning on rolling out this change in June, along with some other really useful features. Find out what they are and how to enable them here.

Microsoft have announced that the number of participants that can be viewable at the same time during a Teams meeting will increase from 4 people to 9.

They have also announced that they will look to further increase the number of people who are viewable in the future. 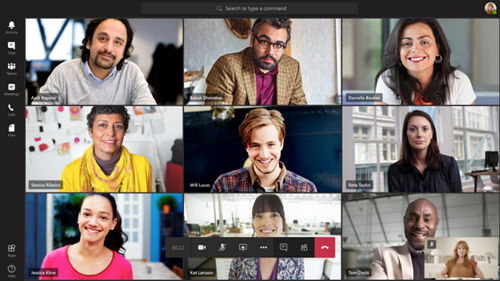 It is worth noting that the people who join the call with their video turned on will be prioritized and will be shown on the stage and the participates with audio-only will be shown below the meeting stage. To ensure a high audio and video quality experience, the layout logic will consider the users’ bandwidth which could alter the number of videos actually shown.

There is nothing you need to do to prepare for this change. You can expect it to roll out in Late April* and it will be complete by the beginning of May 2020.

Are your people leaving the door unlocked? An infographic... https://buff.ly/2TfWnJ3

From early April, if you’re a meeting organiser, you’ll be able to allow anonymous presenters in a Microsoft Teams live event when using the desktop app. https://buff.ly/3qFtuUf

Why is my WiFi rubbish?! https://buff.ly/3ralJXw