x close
Welcome to the team!

We always love welcoming new team members to the projectfive family, and we are pretty excited about the latest addition – our new Operations Director, Steve Mulcahy.

Let’s find out a little bit more about him… 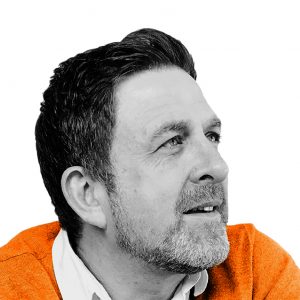 Welcome to projectfive, Steve! How has your first week been so far?
Great…I’m really enjoying it so far. Everyone has been very friendly and helpful, you have great coffee, and I’ve had the best Health and Safety induction (from Health-and-Safety- Phil) that I’ve ever had in all my 26 years of working. I do also have to say that in reality, it has been the only proper Health and Safety induction that I’ve ever had, but nevertheless it’s still a positive…well done Phil 🙂

I know you’ve got a lot of experience in the IT industry – can you tell us a little bit about what you’ve done prior to joining projectfive?
Well, following a failed attempt to be a professional surfer after leaving university many years ago, I entered the IT industry at the tender age of 23. I started my career as a PC and network support engineer. This was before the Internet was a ‘thing’, when MS-DOS was king and when 4Mb (yes, Mb and not Gb) of RAM cost over £100.

Over the next 25 years I did a number of different roles for small and large organisations, ranging from IT Consultancy, Project Management, Service Delivery, Portfolio Management, and more recently Client Delivery where I was a Client Director within global outsourcing organisation. This was before I landed the prestigious role as Operations Director for projectfive.

What made you want to join projectfive and what will you be bringing to the table?
In my more recent roles in Service Delivery and Client Management, the operational aspects of running accounts, looking at and improving processes, identifying opportunities for growth, and coaching and leading teams were the things that I enjoyed the most.

The role at projectfive I felt was perfect for my experience and I was really interested in working for a company with a young, dynamic and energetic workforce which I believe is destined for greater things in the future. I really wanted to be part of that, and I hope that my skills and enthusiasm will help projectfive in its journey. Having landed the Operations Director role, I’m super proud to be part of the projectfive team.

What advice would you give to someone starting out in the industry?
Gosh that’s a hard one and easy to give advice based on hindsight. However, I’ll give it a shot even if this comes across as a little ‘deep’.

Find your feet. Don’t be afraid of trying something and then shifting into doing something different if it doesn’t float your boat. You need to be agile, fail fast, and find out what’s right for you. For some that may be a technical support role, for others it may be application development, project management, business analysis, and so on. The number of different roles that are available in the IT industry are huge and so are the opportunities for success. Don’t expect to be the next Mark Zuckerberg or Jeff Bezos though, it’s not as easy to be a dot.com millionaire as it may appear.

However, that said, don’t lose sight of your dreams, and don’t settle for something that doesn’t feel right…you’ll be working for a long time. Laugh and smile often, and most importantly look after yourself and have fun in whatever you do.

And finally, can you tell us something about yourself that may surprise us?!
I was once in a radio play as a child with Brian Blessed, where I had to say two lines, one of which was “look, there’s a goat on the roundabout”…random or what?!

I once owned a 1972 VW Campervan which I used to go surfing whenever and wherever I could. It was orange and white, so I was flying the projectfive colours from my mid-twenties, long before projectfive was formed.

Incidentally, my current car (a sensible Volvo) I bought last year from a man called Steve Hazel, which as we know, are the names of two of the directors of projectfive……I was obviously destined to always work here!

We’d also like to welcome the following team members who have all started in recent months – it’s great to have you with us! 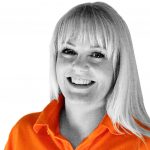 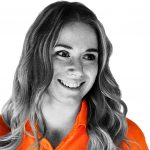 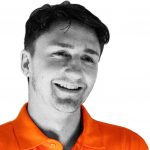 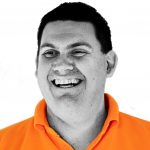 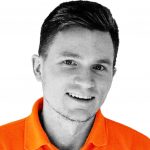 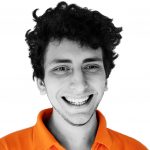