x close
Ransomware – a message to our customers from Steve 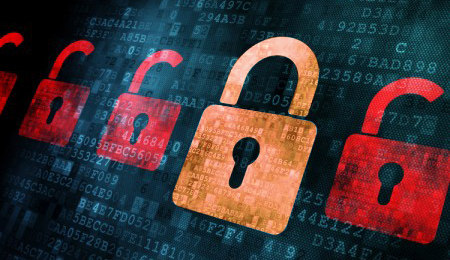 You can’t fail to have noticed all the press coverage that the current wave of Malware/Ransomware has attracted.  Many organisations around the world have been affected – the most noticeable of which was the NHS (probably because we’re in the middle of a General Election, and the NHS is Labour and the Conservatives favourite ‘hot potato’).

But, I know that many of you will be wondering about your own systems.  Especially as the press is reporting a new variant coming our way.  Here’s a current update for you, based on how we’re looking after your IT Infrastructure:

The main reason the NHS was affected so badly by this malware attack was because they use older computers.  You would have heard ‘Windows XP’ mentioned on the news.  Windows XP was the version of the Microsoft operating system that we were all using back in 2002.  For most of our customers, you’ll now be using Windows 7 or Windows 10.  But, using the latest ‘operating system’ from Microsoft isn’t enough on its own – you need to make sure you’re applying your Windows Updates.

Over half of our customers are using a service called Device Management which means that we are responsible for applying the Windows Updates on your PCs.  The others will have had their updates set to ‘automatically install’ – but you should check that you’re up-to-date.  Unfortunately, any single non-updated PC can be the cause of all your information on the other updated systems becoming affected.

We also have a lot of customers running sophisticated Firewalls – in such cases, we’ve blocked the ability for this current ‘worm’ to get in from the outside.  But you might want to make sure that any visitors use your Guest WiFi rather than your main network.

And, many of you have completed your CyberCrime Awareness Training.  Remember the things we showed you, and be extra vigilant with Email Attachments (that’s not how the current wave of attacks have spread – but email is still the most common form of being affected by a ransomware attack).

And, finally, we’re checking the backups every day (for customers who have the Server Monitoring service) – so that if you are affected, then we can roll back to a previous backup and avoid having to pay the ransom.

Also – make sure you and the rest of your team follow us on Social Media, and keep an eye on our website (https://www.projectfive.co.uk/news-blog/) – we’re regularly posting updates and useful (Anti) CyberCrime tips online.

If you have any concerns, or are worried that your systems may not be adequately protected, then please contact your Client Manager (Brad, Sarah, Abbie, Mo or myself) and we’ll be happy to check for you.