There were a lot of whooping noises coming from our office this week, as we found out that we have been shortlisted in two categories at the National Technology Awards!  We are finalists for the ‘Best Tech Place to Work’ and the ‘Outsourcing Company of the Year’.

This means so much to us, because it recognises what we set out to achieve through our company values – to help people, make friends and stand out. And we’re over the moon that we’ve managed to do just that.

Where it all began…
When our MD, Steve, started the company in 2002 year with 4 just employees, he made it his mission put people at the forefront of everything they did. He wanted to give people that he cared about a reason to get out of bed in the morning.

Fifteen years later we have now have 33 team members, but those values are still at the heart of everything we do.


Why is this the best tech place to work?
Simple – because we’re a people-first organisation. We don’t deal with technology – we deal with people who are having problems with their technology. So building relationship with our clients (making friends) and solving their problems (helping people) is the most important thing we can do.

Similarly, the internal culture at projectfive reflects the same values. We have an upside-down organisational chart (with Steve at the bottom), we get involved as much as we can with our local community (a great example of this is our Winter Pimm’s Networking event in support of Surrey Wildlife Trust), and each week we all get to secretly award ‘Fivey-Points’ to our colleagues – and the winner is awarded with an Amazon voucher at the end of the month.


The secret to it all…
The thing that sets us apart is that we are motivated by our values, not by targets.

If we were being judged by the number of support calls we answered each month, we could plough through the volume, but relationships with our customers would suffer.

But when you measure your success by whether you’re following through on our values, you automatically put the person (a client or a team mate) at the forefront of everything you do.

With happy and motivated staff who are super-keen to help, we’re able to give much better service to our customers.  We achieve this without the free cold-drinks that the bigger tech companies need.  We do it by focussing on our people and making sure that everything we do supports their purpose.

And, in turn, we really, really stand out! 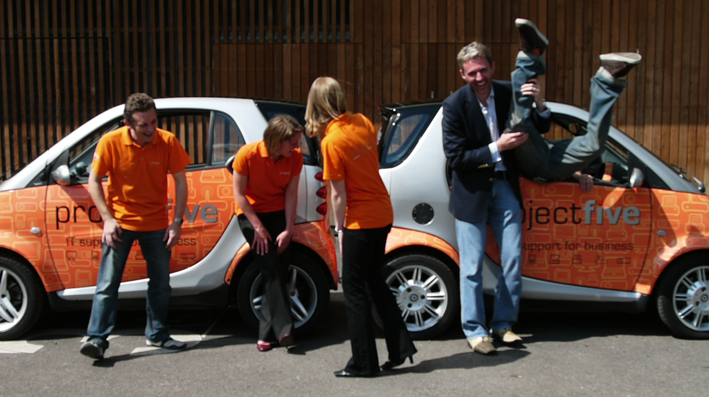 p.s This isn’t the first time we’ve been recognised for standing out…we were named as the Best IT Reseller in the UK 2015/16 at the CRN Awards (like the Oscars for the IT industry) and our MD, Steve, won the Institute of Directors’ Director of the Year award, for London and the SE in 2016…we’re obviously doing something right!