It’s now official – Samsung have announced that they will be hosting an ‘Unpacked’ event to launch their highly anticipated Galaxy S7 and S7 Edge on 21st February 2016, at the Mobile World Congress in Barcelona.

Both upgrades are expected to retain the look of the Galaxy S6, but with some major new additions, such as dust and water resistance, larger batteries, a microSD slot and nice internal upgrades.

Prominent leaker and mobile editorialist at Venture Beat, Evan Blass, gives his low-down on the Samsung’s next flagship handsets, which you can check out here.

Website PC Advisor claims that they ‘now know from our source that the Galaxy S7 will go on sale on the UK on 11th March’ – so Android fans, watch this space! 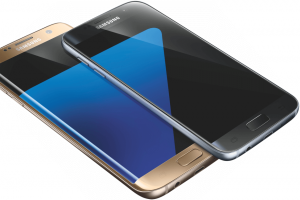 WhatsApp and Work - here's what you really need to know: https://buff.ly/3fQKqCD

Do you want to become #CyberCrime aware? Here's how: https://buff.ly/2MhYDO7