Smartphones, Tablets, Mp3 players, Macs, it seems Apples technology domination knows no bounds with their ever increasing stronghold on the electronics market. So what’s next? An electric car? We definitely didn’t see that one coming.

According to reports Apple has set a target shipping date of 2019 for their new electric car, and whilst it may sound fairly close, this “shipping date” could simply just be a confirmation and agreement of the cars main features and design with potential engineers. 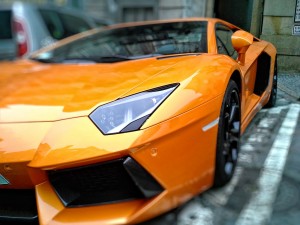 The car, only known thus far as “Project Titan” is still in the early development stages. Whilst Apple are currently looking into self-driving technology, reports suggest their first model will require a human driver to some extent.

Whilst Apple have refused to comment on the rumours, a report by The Wall Street Journal claims Apple are tripling the number of engineers they currently have working on the project, including a senior engineer from Elon Musk’s electric car company Tesla. A spokesman for the Department of Motor Vehicles has also confirmed that Apple representatives have met with them, confirming they were reviewing autonomous vehicle regulations.

Whilst refusing to comment on the existence of an Apple car either now or in the future, CEO Tim Cook stated recently at a Wall Street Journal conference that “It would seem like there will be massive change in that industry, massive change” referring to the automotive industry.

So what do you think? Would you rather an Apple or Google car? Do you trust a self-driving car? Let us know below