Unfazed by Apples record breaking mobile sales and new iPad Pro, Microsoft took to the stage on Tuesday the 6th to announce their future devices, whilst a fair amount of information about these new products had previously been leaked, it seemed Microsoft still had a trick up their sleeve to give them the element of surprise!

The main event, so to speak was Microsofts surprise announcement of the new “Surface Book” their self-proclaimed “ultimate laptop”.  The laptop features a 13.5 inch detachable screen that acts as a tablet on its own, 12 hour battery life, and boasts being the fastest laptop ever made, twice as fast as the Macbook Pro! The Surface Book goes on sale October 26th and will retail for around £975, with a more advanced version being priced at £1235. 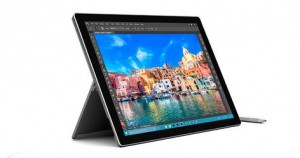 Not coming as so much of a surprise was the announcement of the Surface Pro 4. The updated model is 30% faster than the Pro 3, thinner at 8.4mm and comes with a larger screen of 12.3 inches. The new keyboard now features a fingerprint reader that’s compatible with the Surface Pro 3 and 4, other new recognition techniques include facial recognition scans on the front camera. The Surface Pro 4 will be also be available from the 26th for an estimated £585.

Soon enough it was time for Microsofts new flagship phones, whilst it was speculated there 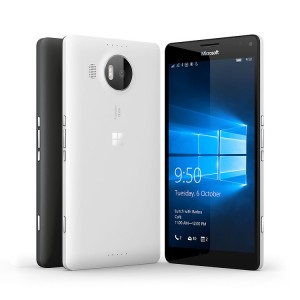 would be just two new Lumia models unveiled, it came as a surprise to most when a third was also revealed. The main aim of the Lumia 950 and 950XL was soon revealed as they were introduced with “We want to put Windows 10 in your pocket”. The 950 has a 5.2 inch screen, whilst the XL features a 5.7 inch screen, both phones feature a 20 megapixel camera, and a five megapixel front camera. The devices will support mobile apps and Windows Universal apps. Both will go on sale October 26th with the 950 being priced at around £350 and the XL at £420. The third phone that featured a very small mention at the event was the Lumia 550, with lower resolution and storage capacity it was simply referred to as “an entry level phone that would let people try out a windows 10 handset” and with a low £129 price tag we think it could be a great choice for the less tech obsessed among us, who just want a nice and well-functioning phone.

The final big announcement of products was the new and improved Microsoft Band 2.0. With its new curved screen, longer battery life and an improved version of Cortana, the Microsoft Band 2.0 seems to have refined and perfected the original design and got rid of any kinks featured in the first version. The Microsoft Band 2.0 is now available to pre-order online and will cost around £150-160.

Also recently announced was that an upgrade to Windows 10 will be available in December for their current mobile devices that are currently running Windows 8,1 Denim and higher.

So what are your thoughts? Which of these products would you go for? Did Microsoft manage to overshadow Apple? Let us know below in the comments section.