Hot on the heels of Windows 10, Microsoft are now preparing to launch Office 2016.

Following the March release of Office 2016 IT Pro/Developer, Microsoft have taken their customers feedback on the tool to help make Office 2016 as user friendly as possible.

Some of the new features include:

– Simultaneous Editing: Files can be edited by two different people at the same time with live changes being made to the file for the other user as it is synced to Microsoft’s cloud storage service OneDrive.

– Tell Me: A new search service, that carries out a command if the button cannot be found e.g. by typing “align text left” Tell Me would do it automatically.

– Touch Screen Improvements: To work in conjunction with their smart phones and tablet technology, the new Office has much further capabilities through touch screen technology than previous versions.

– Design: Changes to the previous Office design have been made to make it similar to Windows 10. 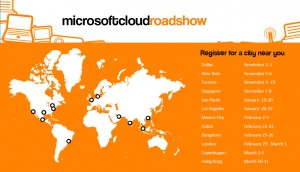 Microsoft will begin rolling the new version of Office out as early as September 22nnd and to celebrate this release they will be hosting the “Microsoft Cloud Roadshow”, a tour of 12 cities around the world from November through until March.

The roadshow will spend two days in each city giving training sessions on over 80 different tech related subjects.

Whilst no price has been released at current time, more information is expected to be released in the new few days.

To book your tickets for the Microsoft Cloud Roadshow go to: https://www.microsoftcloudroadshow.com/cities

Let us know if you’re excited for Office 2016 below