In an annual event that has become like Christmas to those avid iFans, it’s once again time for Apple’s grand unveiling of their latest products.

The main attraction of any Apple event is of course the new iPhone, and whilst no doubt itwill remain the hottest Apple product on the market, certain other new products almost 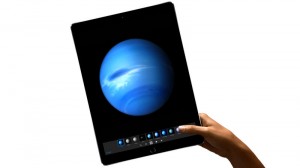 pulled focus from the new iPhones!

The iPad Pro, Apples answer to Microsoft’s Surface Pro, will be faster than 80% of all portable PC’s available at current time. Improving on previous versions, the Pro will feature a 12.9” retina display, with 78% more screen area and a battery life of 10 hours from a single charge and retails for around £599. It’s clear Apple are targeting the enterprise-focussed tablet market that Microsoft currently dominates. It also came with a clever little feature that caused quite a stir on social media… 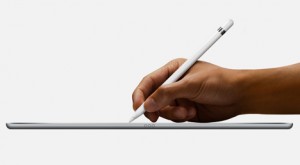 following Steve Jobs several derogatory statements on styluses, in 2007 stating “Yuck. Nobody wants a stylus, so let’s not use a stylus” and again in 2010 “It’s like we said on the iPad, if you see a stylus, they blew it.” So maybe it’s marketed as a Pencil and not a stylus, but it hasn’t stopped the online community voicing their disdain for the new product branding it an “insult” to Jobs legacy, that and the £64 price tag seemed a little unreasonable for just a pencil/stylus.

The Pencil in question is fairly revolutionary as far as styluses go, with extremely fast responsiveness and virtually no lag time, it might finally be possible to replace paper and pen with an iPad. Applying pressure allows thicker lines, tilting of the hand will create shading, so maybe £64 seems a lot for a stylus, but price aside it seems like an extremely fun tool to add to the Pro, besides no one’s forcing us to buy it, it is just an accessory after all!

Another feature of the Pro causing a stir on the internet was its demonstration of Adobe apps, the demonstration involved an impressive ability to manipulate images and texts. This led to the unfortunate “manipulation” of a woman’s face to make her smile more. Needless to say it didn’t exactly go over well, being seen as insensitive and misogynistic by many online reporters.

Moving on to their next unveiling and probably the most overlooked: Apple TV. Having slipped a little in the market behind the likes of Netflix, and Amazon, Apple have revamped their TV service declaring “The future of TV is apps”. The updated device uses a touch sensitive remote control with voice operated Siri built in to help select from a range of services, it also allows the use of video games with the remote control’s motion sensors working in a similar fashion to that of the Nintendo Wii. 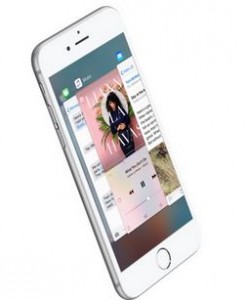 Now onto the main attraction, the iPhone 6s/6s Plus. The big selling point for these new models is their 3D touch feature, this allows users to activate different commands dependent on the strength they use when touching the screen, this opens up new ways of viewing content, controlling apps, and even quicker control over built-in devices such as being able to quickly select the new “Selfie mode” on the camera. Handsets are now able to shoot 4K videos, which means four times the amount of pixels found in the usual 1080p HD videos, the back camera is now 12 megapixels as opposed to the previous eight, and of course the usual processor boost is thrown in there. The phones, now available in Rose Gold, will go on sale on the 25th September, prices for the 6S will vary from £539 – £619, whilst the 6S plus will be notably higher starting at £619 with a 128GB model available for £789.

Perhaps the biggest surprise of the night was a Microsoft exec presenting on stage, but more on that later.

Let us know what you think of the new Apple products below in the comments section.